A bill to move the Paycheck Protection Program (PPP) application deadline from March 31 to May 31 won approval in the U.S. Senate on Thursday.

There was some drama, however. A measure to amend the bill was narrowly defeated 52–48. The amendment, proposed by Sen. Marco Rubio, R-Fla., would have restricted the U.S. Small Business Administration’s (SBA’s) ability to prioritize certain PPP borrowers over others. If the measure had passed, it could have led to an amended bill having to be sent back for approval to the House of Representatives, which had passed the original bill 415–3 but currently is adjourned.

As it stands, the votes Thursday send the legislation to President Joe Biden for his signature several days before the PPP was set to expire.

The AICPA praised the passage of the PPP Extension Act, which extends the filing deadline for PPP applications by 60 days and provides an additional 30 days for the SBA to finish processing applications received by May 31.

In a news release, the AICPA said that the additional 60 days provided by the bill will greatly help small businesses, not-for-profits, and the CPAs that serve them complete existing PPP loan applications and file new ones. The extension act also provides the SBA time to address significant loan application process challenges, including confusing validation and error codes, delayed guidance, and changes to the PPP loan amount calculation for self-employed borrowers, the AICPA release said.

Patrick Kelley, associate administrator for the SBA’s Office of Capital Access, testified during a Senate Small Business Committee meeting Wednesday that 190,000 applications were still held up in the SBA’s PPP platform due to unresolved error codes related to validation checks instituted by the SBA to help prevent fraudulent applications from being funded.

The PPP Extension Act does not provide any additional funding for the current round of the PPP, which Congress provided with more than $290 billion to make forgivable loans to small businesses and not-for-profits. From the program’s opening on Jan. 11 through March 21, the SBA has approved more than 3.1 million loans totaling nearly $196 billion. In his testimony Wednesday, Kelley said that at the current lending rate, the PPP should have enough funding to last through mid-April. 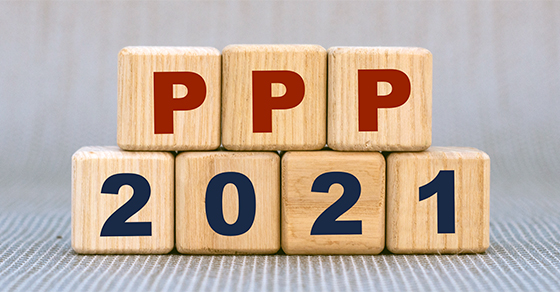 2022 Q4 tax calendar: Key deadlines for businesses and other employers

What does “probate” mean?

The term “probate” is one you’ve probably heard and might associate with negative connotations. But you may…

The Inflation Reduction Act (IRA), signed into law by President Biden on August 16, contains many provisions…